The experiences we had on our safari were so varied and unique that we were hard-pressed to name a favourite.  However, Jody and I both wrote on our feedback form at our lodge that seeing the white rhinos was the highlight for each of us, and it was.  We caught sight of the mother and her daughter on a hillside, and marvelled as our guide took us closer, and then even closer to them.  They took no notice of us of course, accustomed to the attention, and we were able to get within about twenty feet. 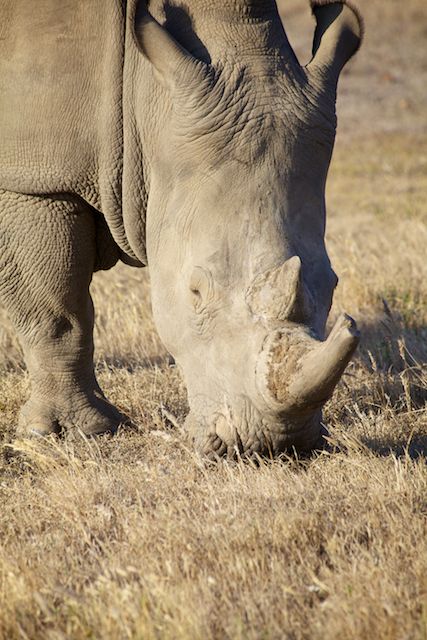 This would of course not be possible on a “real”, wild safari.  This was an entry-level experience, on a carefully-controlled game reserve on the Garden Route in Albertinia. They house the famed big 5 there, but they are small in numbers.  Although the reserve has acquired neighbouring farmlands over the years and now sprawls across a seemingly vast 1,200 hectares (1 hectare = 10,000 sq metres), the amount of space and food required to maintain the largest animals (elephants, rhinos, soon-to-arrive hippos, etc.) strains their resources.

The rhino is particularly costly, because of course they must employ rangers to guard the animals from poachers.  Despite all the conservation efforts and anti-poaching laws that have been passed in the last several years, the number of these endangered animals being senselessly and inhumanely murdered annually continues to rise.  In 2012 there were a record 668 rhinos killed by poachers in South Africa alone…nearly two a day. 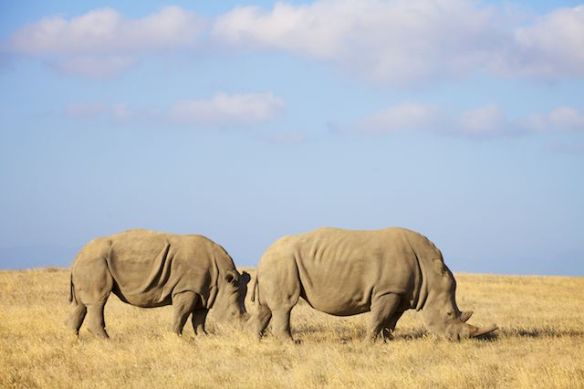 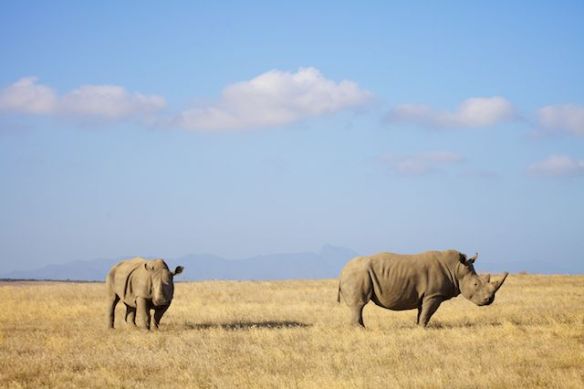 Our guide, Hannes, explained to us that if they were farmed humanely, rhinos could easily become the most profitable livestock in the world.  Rhino horn, despite being comprised of the same material as human fingernails, fetches around $60,000 USD/kg on the Asian black market for its reputed medicinal powers (all hogwash, of course).  The sad thing is that the horns can be easily and painlessly removed by a capable veterinarian, and the horns will regenerate over time.  The black market would disappear, and the horn would become a commodity like any other.  The crisis of orphaned calves would disappear.  The rhino might even make it off the endangered species list.  Why can’t someone make this happen, and save these beautiful creatures?  The anti-poaching laws and attempts to guard wild or even captive animals aren’t working.  Just this morning I saw this article appear in my news feed:

The most sickening part is not just that people are hunting these animals into extinction based on ridiculous myths, but that the rhinos are being killed so inhumanely.  Many times their faces are hacked off to retrieve the valuable horns, and the animals are left to die a horrible death.  Just like the elephants whose tusks were taken, and the gorillas whose hands were taken, and so on, and so on…the exploitation of these creatures is heartbreaking.  The rhino is highly likely to disappear in my lifetime. 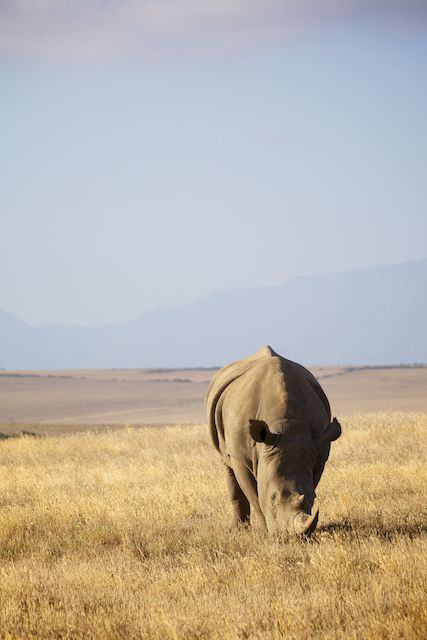 I don’t understand how people can be so cruel, but then I also can’t claim to understand what it’s like to be so financially desperate.  The poverty in South Africa is mind-boggling, and yet it has the largest economy on the continent.  The unemployment rate lies somewhere between 25 – 40%, and about 60% of the country lives in poverty.  The shanty towns (called townships) are everywhere, established for segregation purposes in the apartheid era, and extend as far as the eye can see.  I was unprepared for the prevalence.  I was unprepared to drive by on my way to an embarrassingly thriftless winery tour, and see a group of children playing on a hydro tower.  They had tied together pieces of clothing to make swings, and affixed them to the tower frame.  Ingenious, yes, but in such stark contrast to the entertainment options of the children I know that I could hardly process the scene.

Tomorrow we will be taking a tour of one of the township communities, run by a resident.  I want to learn as much as I can about this place and its people, and we were told that at least some of the proceeds of these tours go to help the locals.  We were also told to bring lots of candy.  I don’t know that my heart can take it, but I have to go. 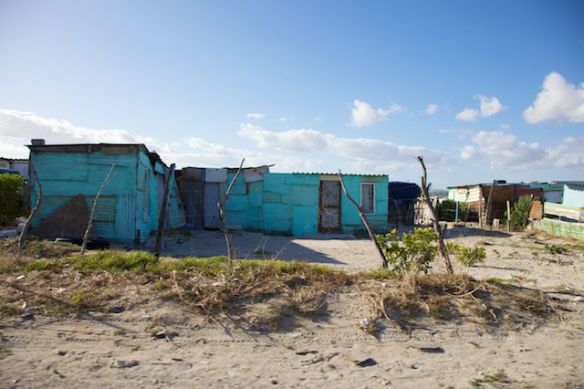