We didn’t take the storm warning seriously.  That is, until the thunderous sound of tree limbs hitting the ground around our home at 3:30 a.m. brought us sharply awake. 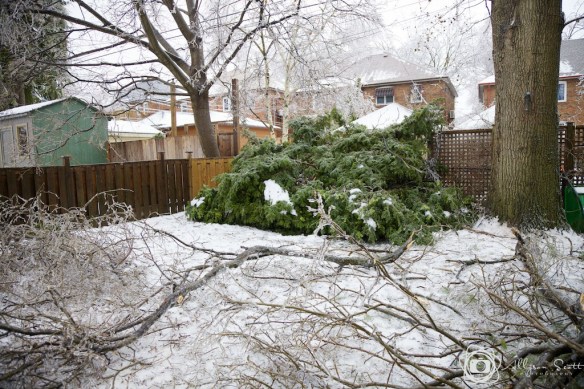 Storm damage in our back yard (c) Allyson Scott

Discovering the scale of the mess out back, I ran to the front door just in time to watch a maple tree’s enormous ice-covered arm come crashing down, taking a power line with it and landing directly on a car two houses away.  We stood in shock as vehicles (mostly cabs) continued to race down the street, slam on their brakes as the downed cables and tree came into view…and then proceeded to simply drive over them.  It dawned on us how lucky we were to still have power, and we ran around the house gathering flashlights, candles, and other supplies to prepare for the outage we felt certain would come.

The fire department arrived soon after, and proceeded to tape off the street and yell warnings at the neighbour who was already sawing away at half a fallen tree on his front porch. The freezing rain that had poured for hours was still coming down, thickening the layer of ice on every surface.  The sky lit up with the blue light of transformers blowing, we heard ominous cracking sounds from all the trees above, and then several loud booms telling us more of them were giving up the fight.  People began to appear on their front steps, checking on property and on one another, and the older gentlemen who lives across from us pushed aside the large tree that was blocking his front door, and rushed to move his four (yes, FOUR) expensive cars to another street with fewer trees.  Priorities!

Our power was out when we awoke the next day, but Hydro was already hard at work on the street.  We attempted a walk to survey the damage, but the ground was a sheet of ice, downed branches were everywhere, and it was frankly terrifying to walk beneath the huge trees that provide Leaside’s famous canopy.  The sidewalk, blocked by ice-covered branches that had literally shattered into pieces when they hit, looked as though all of heaven’s ice cube trays had been emptied at once. 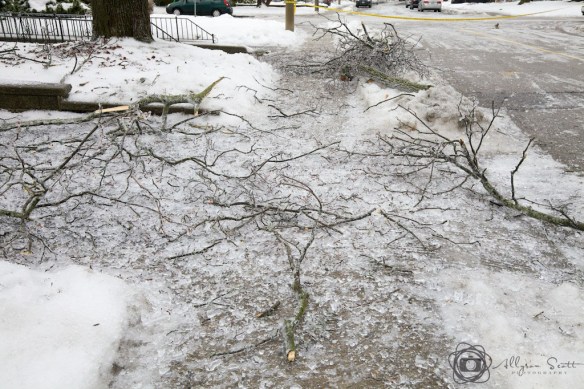 We chose the relative safety of our SUV, and crept slowly along the few streets that hadn’t been closed and taped off.  The destruction was astounding and ongoing, as 80-foot tall trees dropped 30-foot tall limbs. 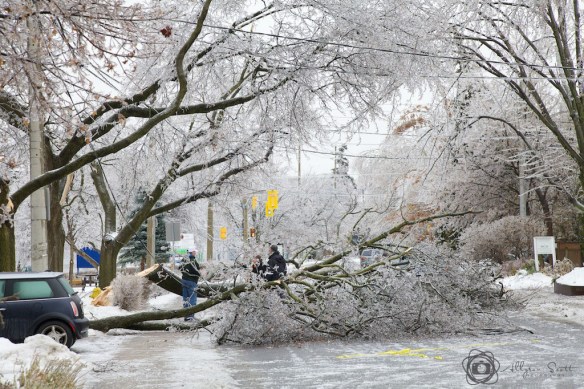 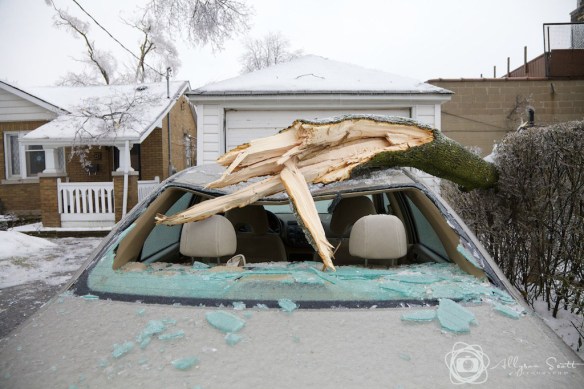 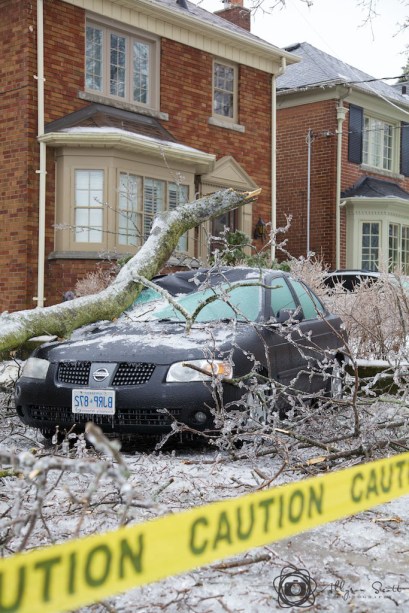 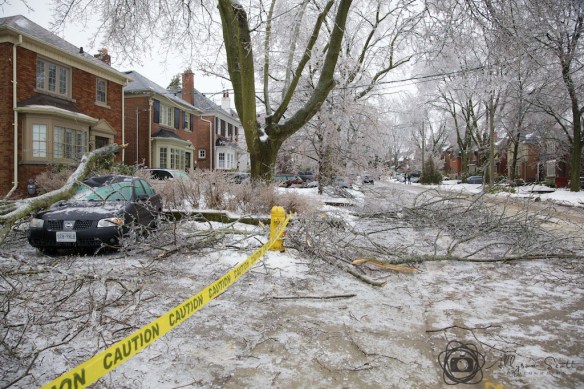 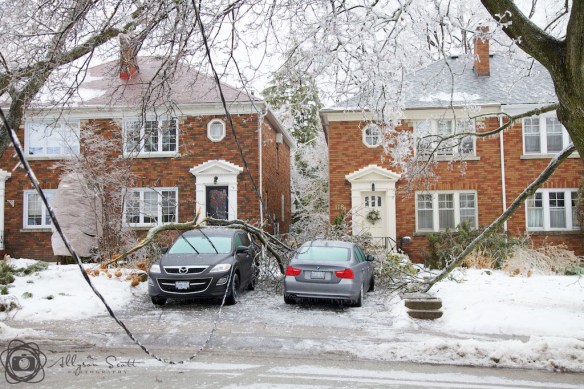 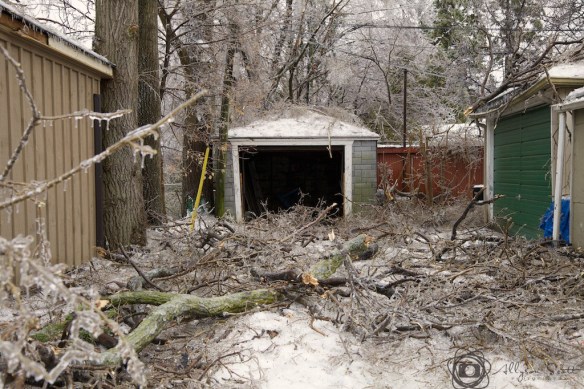 There was also, however, plenty of beauty to be found amongst the wreckage. 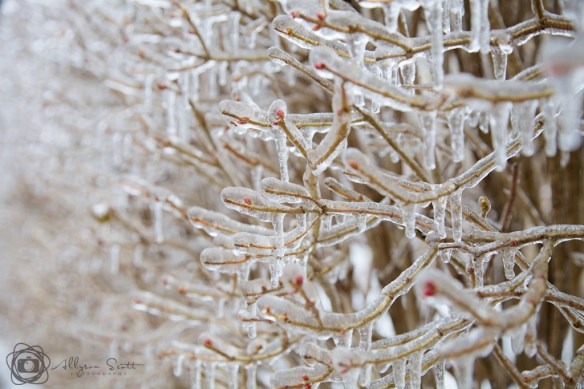 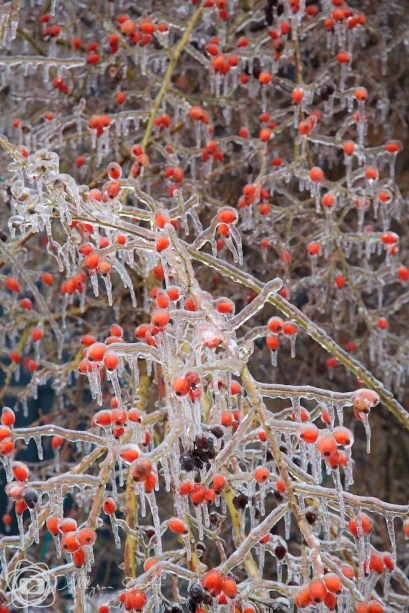 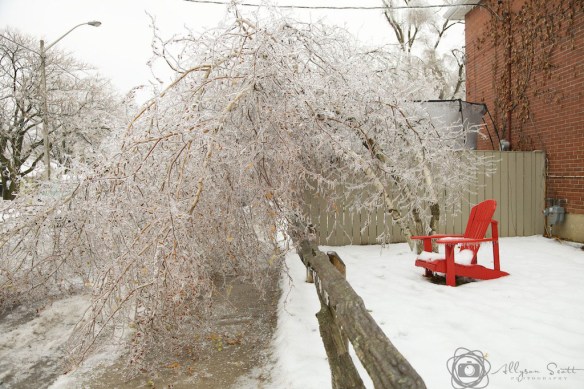 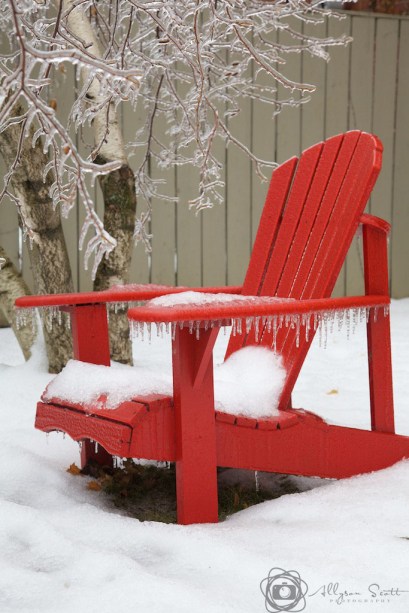 One of my favourite parks in the city of Toronto is Rosedale’s Chorley Park. I discovered it by chance on a walk with my dog well over a decade ago, stumbling up the hill from the Moore Park Ravine and having no idea where I was.  I came to know the park intimately over the next several years after I moved to the area, and made multiple pilgrimages on a daily basis after acquiring a second dog. I met wonderful friends there, had doggie play dates and adult martini dates (sshhh, don’t tell the by-law officer), shot countless photographs, and occasionally found time to read a book in either sun or shade, as there was plenty of both. Now, afraid of what power the storm had wielded there, we made our way over to this cherished spot. 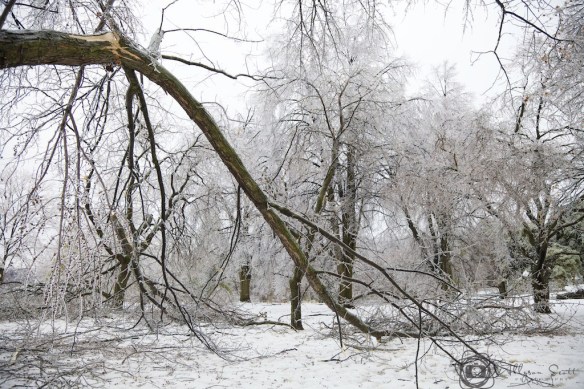 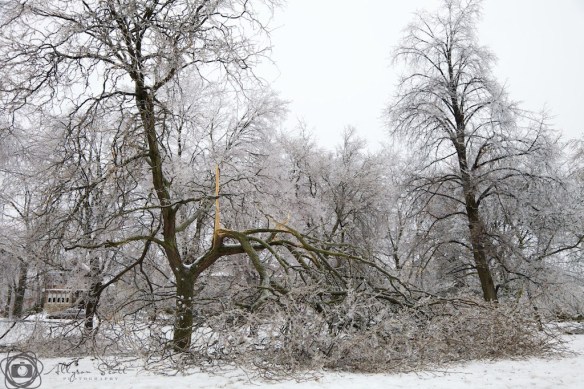 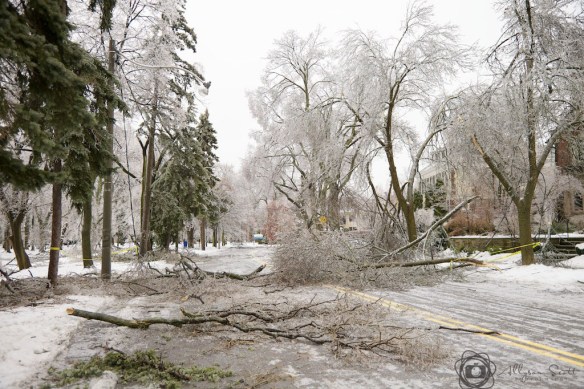 It was incredibly sad to see the reality for ourselves.  Hardly any trees were without broken limbs, and for many it seems the breakage will surely be a death sentence.

Back at home, our own cleanup began in earnest, beginning with efforts to save a few smaller shrubs that were bent but not yet broken under the weight of all the ice.  Our neighbours planted a birch sapling last year that they cared a great deal about, which was now bent completely in half and frozen right into the ground.  Jody and I began methodically pouring container after container of warm water over each branch of the birch until it sprang back upright. Take that, Mother Nature. 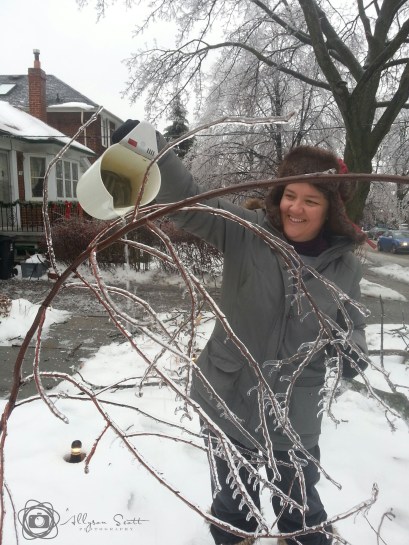 We had to call in parental reinforcements for the carnage in our back yard, which meant many trips with arm loads of small branches, and the use of a chainsaw to finish the job. Unfortunately many more broken branches remain suspended over wires, threatening our neighbours’ services until we can hire a professional. 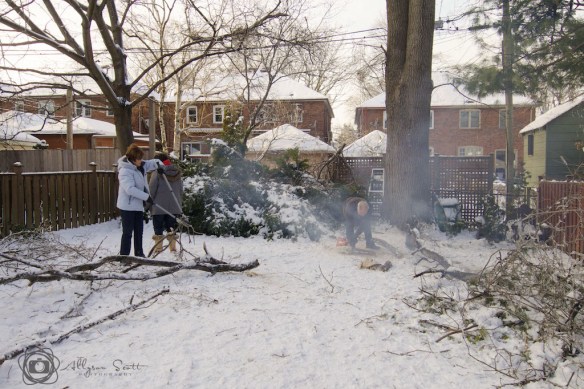 Before the ice had the chance to melt, another storm passed through and blanketed everything in snow.  While my wife dreamt of spending the day downhill skiing through the powder, I dragged her out to retrace some of our steps and take new photos.  As we saw what some people were returning home to after their Christmas vacation, we counted our blessings and were able to just take in the beauty. 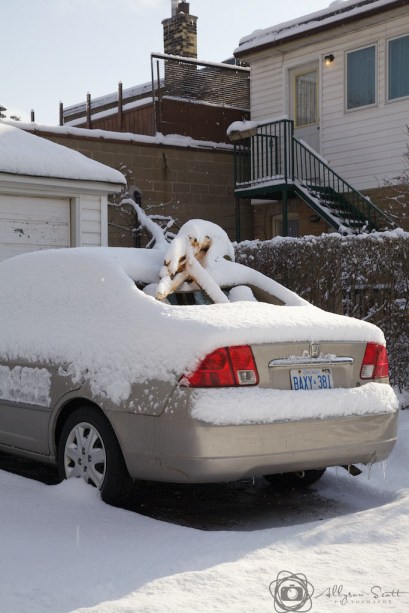 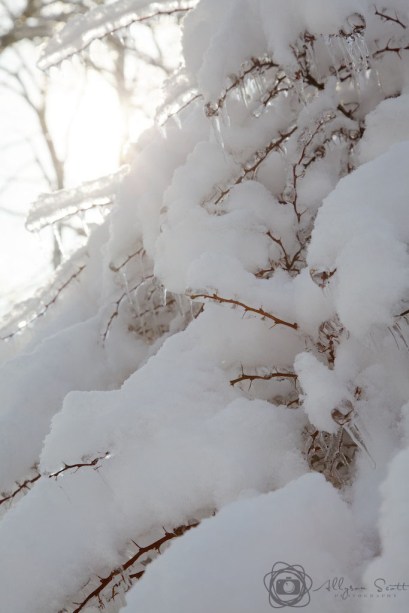